A few months ago, I won an Instagram contest.

Let me just reiterate that for emphasis: I WON AN INSTAGRAM CONTEST!!! I don’t often win things, so it was pretty exciting.

The contest was from one of my favorite brands, Greenville-based The Landmark Project. They make gorgeous clothing and other goods inspired by the outdoors, and give a portion of their proceeds to helping at-risk teens through outdoor adventure. (Go ahead, click that link and check them out. I’ll wait. I should also clarify that I have no affiliation with this company whatsoever. I just really love their work!)

Anyway, on the National Park Service’s 100th birthday this summer, they ran this contest: re-post a photo of their line of national park graphics with a caption about why you love the parks for a chance to win a free T-shirt. The timing was perfect—Chris and I had just left on our two-month road trip, where we planned to visit 11 national parks (spoiler alert: we actually hit up 15!) This is what I wrote:

Happy 100th birthday, @nationalparkservice!! Thank you for educating, protecting, preserving, and making our country's most awe-inspiring outdoor spaces accessible to everyone. We decided to celebrate by hitting up some of your best spots in a two-month road trip! 😜 (Also, check out SC-based @thelandmarkproject to get one of these awesome tees!) #nps100

The next day, I got the most exciting Instagram message ever when I found out that I actually WON! (After much deliberation, I decided to get the Grand Teton design for my free T-shirt.) But here’s where I have to admit…I lied a little bit in that caption. The truth is, when we first decided to do our U.S. road trip, we had no idea it would coincide with the NPS centennial. It was just a happy coincidence. We had visited a few parks before (here’s my recap of our trip to Yosemite), so I thought I had a good idea of what the parks are all about—and we headed out west excited to see some gorgeous sights.

But in hindsight, I had no idea just how much our parks have to offer us.

Over the next two months, thanks largely to the National Park Service, I had one of the most incredible adventures of my life. Each park is unique, offering something to its visitors that none of the others can—but together, they make up a network of priceless national icons, preserved for all of us to enjoy.

For many reasons, I’ve been thinking a lot about these public lands lately and what they mean for our country, and I could go on for days about why our national parks matter. But in the interest of brevity, I’m narrowing it down to the most important points.

National Park Service, I love you because:

You have so much to teach us

National parks aren’t just for beautiful views, campsites, and outdoor adventures. One of the NPS’s biggest priorities is education. At every national park or monument you visit, there’s an extensive exhibit at the entrance station, free publications, nature walks with plaques explaining the flora and fauna around you, ranger-led hikes and programs, and so much more. Plus, The National Park Service website is chock-full of information and resources (including downloadable workbooks!) about important U.S. historical sites and natural science.

When I was kid, exploring and learning about nature gave me confidence. It ignited my desire to travel and see the world. Most importantly, it showed me the bigger picture—how we’re all connected, trying to make it work on this little blue dot, the only home we have. These days, it’s so easy to disconnect from the world around us—that’s why it’s more important than ever to have these resources available for our kids. Plus, let’s be honest, you can learn about natural science and U.S. history from a textbook…but how much better is it to learn from actually observing and experiencing the natural phenomena and historical sites that make this country what it is?

I can’t wait to someday take my own children to our country’s most breathtaking places so they can learn all this, too. But here’s the big secret: it’s not just for kids! At Bryce Canyon, I learned what a “hoodoo” is. At Zion, I learned about how slot canyons are formed. At Grand Teton, I learned what a pica is (and then listened to them pop out of the rocks and squeak at us for three days on the trail). At Yellowstone, I listened to an engaging ranger explain the science of geysers to the gathering crowd waiting for Old Faithful to erupt. I had expected to see and experience lots of beautiful places in the parks, but I hadn’t expected to learn so much along the way.

You are available (and accessible) to all 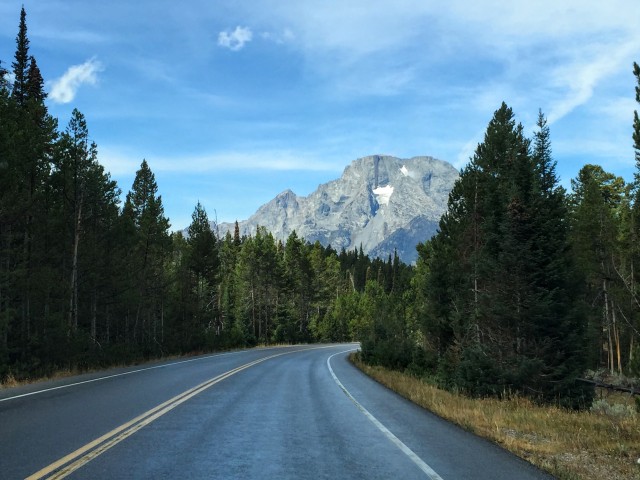 On our road trip, we had one major limitation: our adventure pup, Callie. Bringing a dog is allowed in national parks, but (not including official service dogs), you’re very limited in the places you can go (for good reason—namely, safety and conservation). With a few exceptions, you have to stick to paved roads and trails.

This was frustrating at times, but mostly, I was amazed at just how much we were able to see and experience without venturing into the backcountry.

The National Park Service has to walk a fine line between preservation and accessibility: welcoming and providing a great experience for thousands of visitors, while also protecting the land from the effects of those visitors. I gained a lot of respect on our trip for how much work that takes—particularly at the most popular parks. With shuttle systems, paved trails, ADA-compliant buildings and campsites, etc. etc., NPS works hard to make sure that everyone, of all ages and abilities, has the opportunity to experience our country’s most beautiful natural places—even our four-legged friends! That is no small feat.

You protect and preserve our national heritage 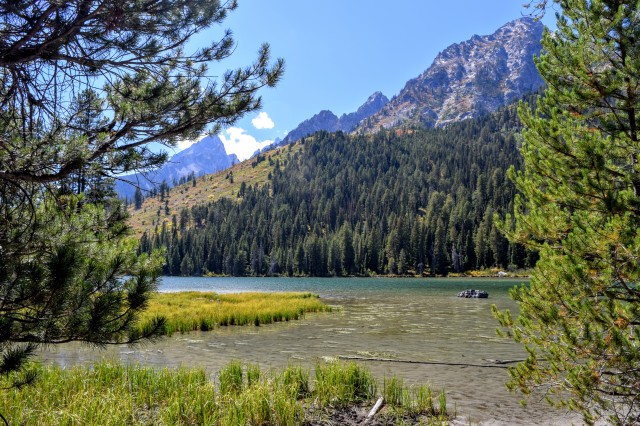 Take a moment and think of an image that represents America—what do you see? Mount Rushmore? Rolling plains dotted with grazing bison? The Statue of Liberty? An eagle flying over the Grand Canyon? These protected lands are our nation’s icons. They are such a huge part of what makes America what it is.

The National Park Service and its employees work tirelessly to preserve and protect these lands—not for themselves, not to make a profit, but for us. All of us.

But they cannot do it on their own. And right now, it seems as though our public lands are more at risk than ever. At the end of January, the House voted for a bill that would make it easier to drill for oil in our national parks. A known climate change denier was has been nominated as head of the EPA, and one of our new president’s first moves as Commander in Chief was to silence the NPS, creating a backlash and an “alt NPS” movement on social media.

This summer, as I was browsing through postcards at Bryce Canyon, I overheard a young boy solemnly reciting the Junior Ranger pledge—holding up his right hand and proudly promising to “explore, learn and protect” the parks and to share his experience with friends and family. That moment, more than anything else, made me understand just how important our parks are. To me, supporting our national parks isn’t political—it’s just the right thing to do.

And finally, the last major reason why I love our national parks… 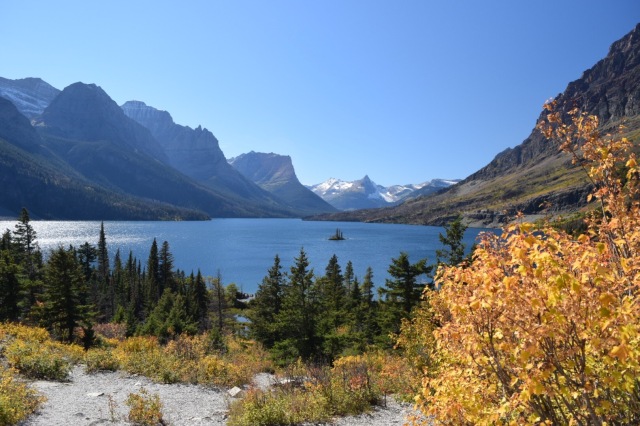 And all of these: 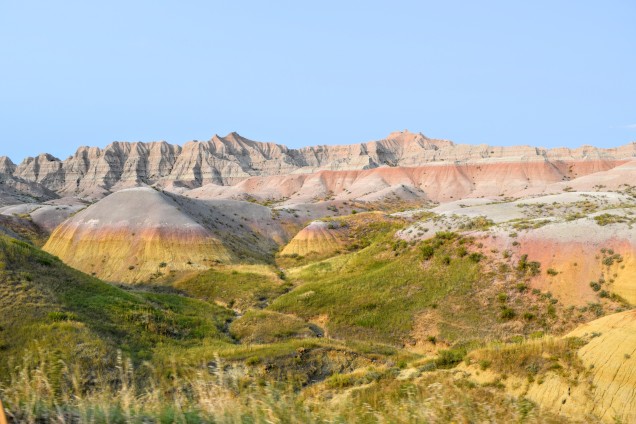 This land was made for you and me—and our children, and their children. Personally, I’d like to make sure that “America’s best idea” will be there for generations to come.

If you’d like to join me in helping to make sure our national parks will be here to protect and share our country’s beauty and history for decades to come, here are some good resources—for both general information and specific ways to help to support our national lands: 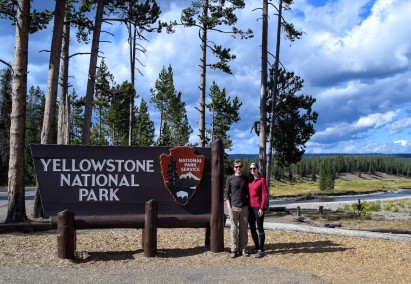 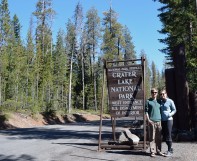 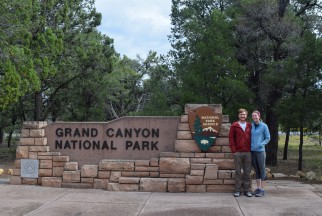 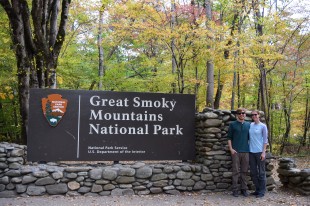 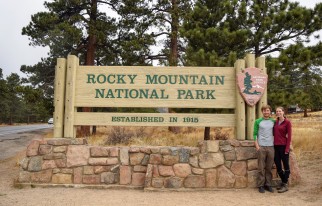 2 thoughts on “This land is our land: a love letter to our national parks”