[Writer’s note: Guys. Blogging from the road is so hard. I’m writing this from a hotel (our first one of the trip!) in Jackson Hole, Wyoming, so I’m a little bit behind…I promise I’ll catch up eventually, but there’s so much to write about and so little time! I’ll put in one more plug for my Instagram feed—follow me there (@laurahoxworth) to see more real-time updates. For now, here’s a recap of our time in Wisconsin!]

After our day in Cincinnati, we set off for the second leg of our family history tour: Wisconsin, America’s Dairyland. This part was all about Chris’s family. His dad’s side (the Panoshes) goes back several generations in Wisconsin, and he still has relatives (aunts, uncles, cousins and second cousins) throughout the state, most of whom I had never met before.

On our way there, we made a quick stop in Chicago—just enough time to walk from the Buckingham Fountain up to Millennium Park, take a tourist photo with the Cloud Gate, get kicked out because apparently you’re not supposed to have dogs there, and then run back to our car before the meter ran out. 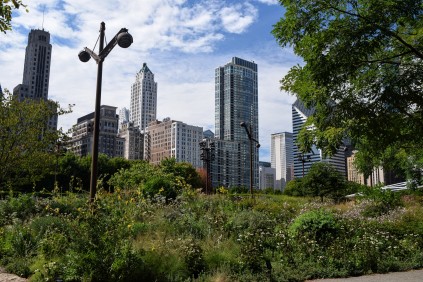 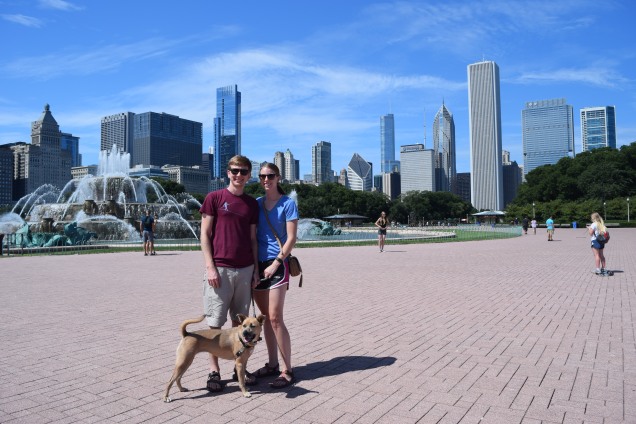 From there, our first stop was Milwaukee! I don’t know what I was expecting from Milwaukee exactly—to be honest, I spent so much time looking forward to towering mountain ranges and national parks out West, I hadn’t thought much about Wisconsin besides the cheese, brats, and beer. But after a full day of exploring, Milwaukee had totally blown me away. 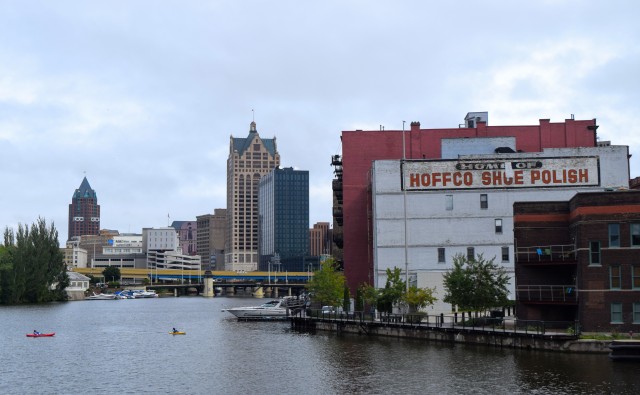 Chris’s aunt, who has lived there for the past 30 years, gave us a full walking tour of the city: two miles along the river walk, then back through downtown. We saw the business district, the block full of breweries and fun college-y pubs, the trendy shops, the historic buildings, the revitalized industrial-chic district, and the new apartment complexes popping up everywhere. 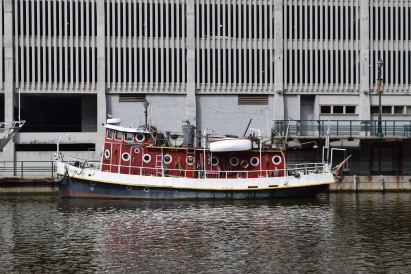 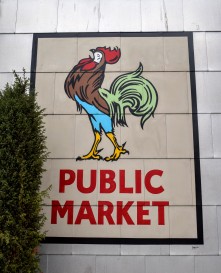 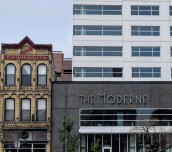 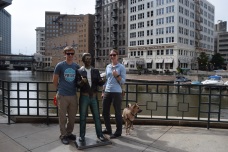 Did you know that Milwaukee was once home to the largest number of gay bars per capita? It has a history of being a progressive city, and it felt that way. You also got a sense of its Germanic heritage through the old-world architecture—and how generally clean and orderly everything was. Despite our short stay, we also managed to fit in a flight at Lakeside Brewing, a nap in the lakefront park, and a delicious dinner at a local farm-to-table restaurant. I had a fantastic time and would encourage anyone to visit this underrated city!

Then, before we knew it, it was time to move on to our next stop: Manitowoc. You may have heard of it from a certain Netflix true crime drama, but there’s so much more to this cute little town in the heart of Wisconsin. 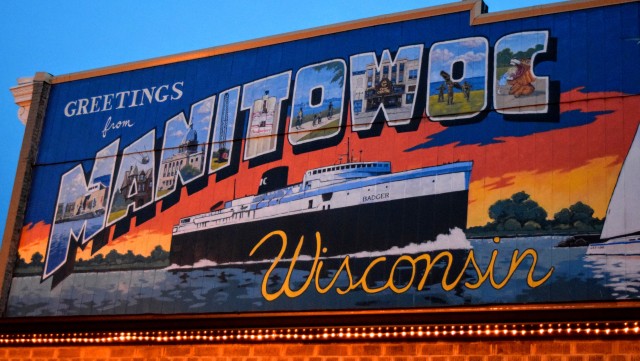 On our first day in the area, we took a quick jaunt to Green Bay, where we visited Lambeau Field, shared a pint on the rooftop of Titletown Brewing, and I bought a Packers shirt so I could fit in. #GoPack

But mostly, we spent our time in Manitowoc catching up with Chris’s family and touring the places where he spent many happy summers as a kid. We visited the old Panosh farm, where we looked through family artifacts in his great grandmother’s old house and took a walk through the woods at the back of the property. More than three generations of Panoshes lived on this land, and it’s still in the family, which I think is pretty cool. 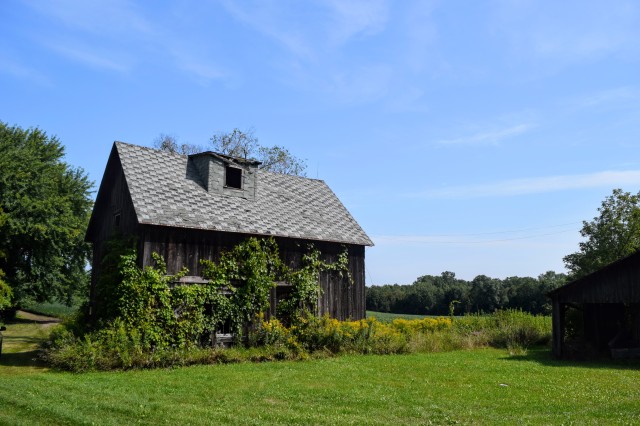 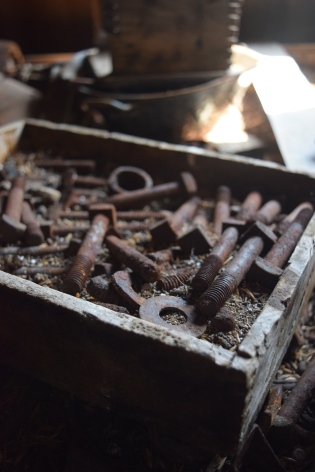 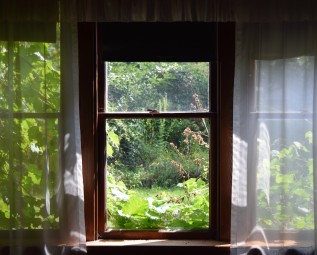 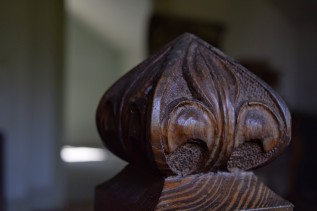 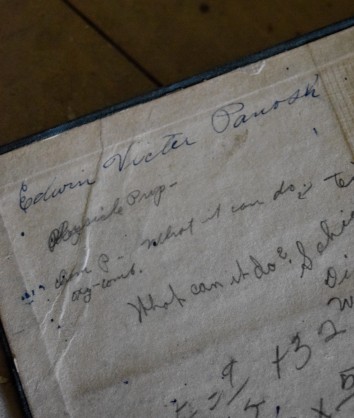 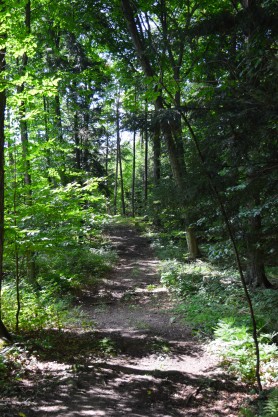 We also visited nearby Kewaunee, where we devoured some custard (like ice cream, but smoother) and walked along a little beach on the coast of Lake Michigan, where Callie had a fantastic time digging many holes in the sand. 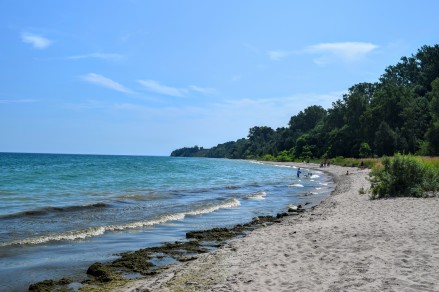 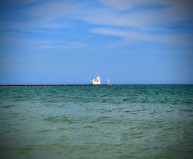 Finally, we meandered through the farmland back to Manitowoc and took photos with a giant cow dressed like an alien (obviously). 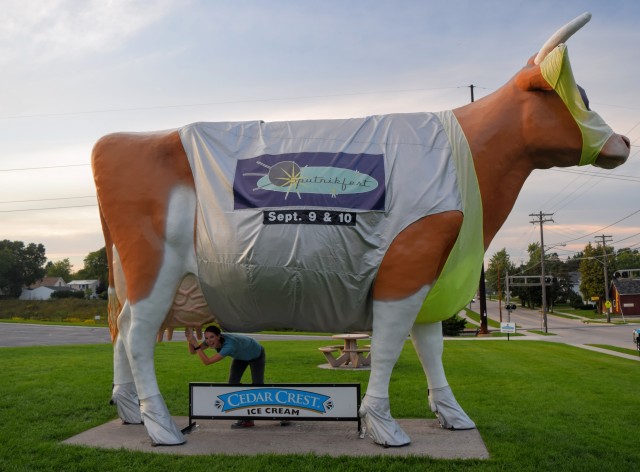 Did I mention that we stopped at a local cheese shop and a butcher’s on the way home to pick up some summer sausage and cheese for the road? (I bought a tiny block of cheese shaped like a cow, of course.) But as it turns out, the cheese and brats (while delicious) were just the tip of the iceberg. We had the most fun just hanging out on the back patio, looking through old photo albums, talking about Chris’s ancestors, reliving childhood memories, and simply spending time with family.

Between our Cincinnati stop and Wisconsin, the first leg of our trip reinforced for me how important it is to appreciate your family. Chris and I were lucky to both be born with such wonderful ones. (And I have to admit…it was extra special meeting his relatives in Wisconsin knowing that they’ll be my family before long, too.)

All in all, Wisconsin caught me off guard in the best possible way. I was even a little sad to leave it behind, but the promise of the Rockies beckoned…so we hit the road again. Up next: South Dakota! Stay tuned. 😉