Last weekend, Chris and I took a few days off work to go up to New Hampshire/Vermont to visit our good friends Erica and Derek (and their sweet pitt mix, Emmy). Originally, we intended this to be a ski trip. But global warming had other plans—so instead, we took advantage of the spring weather and went on a hike!

Wait, let me be clear—this was not a walk in the woods. This was a hike.

We picked Mount Cardigan, a three-mile loop that’s categorized as “easy.” It started out on an auspicious note when Erica stepped into an ankle-deep mud puddle before we even got on the trail. 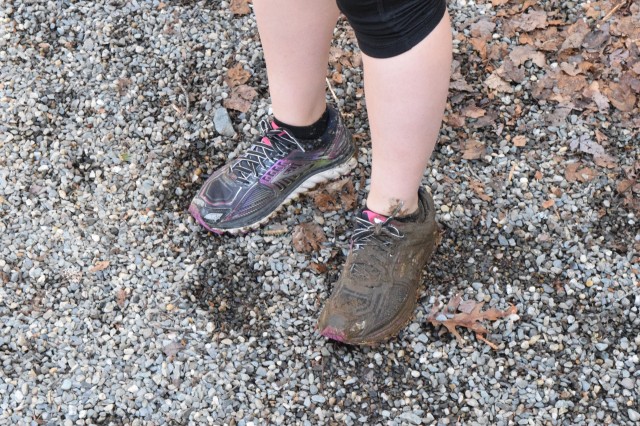 Of course, mud is to be expected in the springtime up there, so we soldiered on and set out on the West Ridge Trail.

The weather was spectacular—clear and sunny in the mid-50’s—and aside from the aforementioned mud, the beginning of the hike was beautiful and not too difficult.

One of my favorite parts was the birch trees everywhere. You don’t see many of those where I’m used to hiking, so it was a reminder that I was getting to explore a completely different part of the country.

…and then. Then came the ice. About 10 minutes into the hike, the trail transformed from rocks and mud into straight-up sheets of ice. 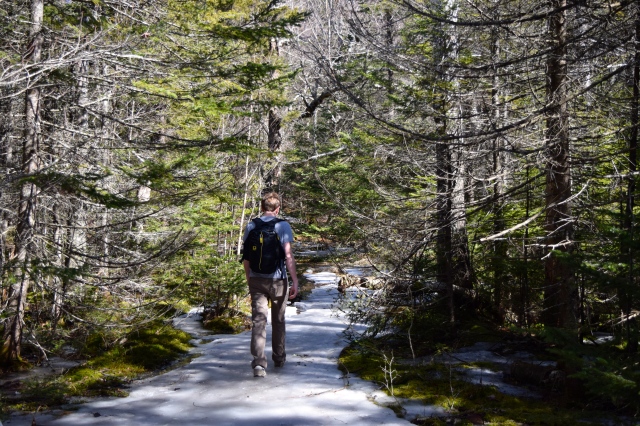 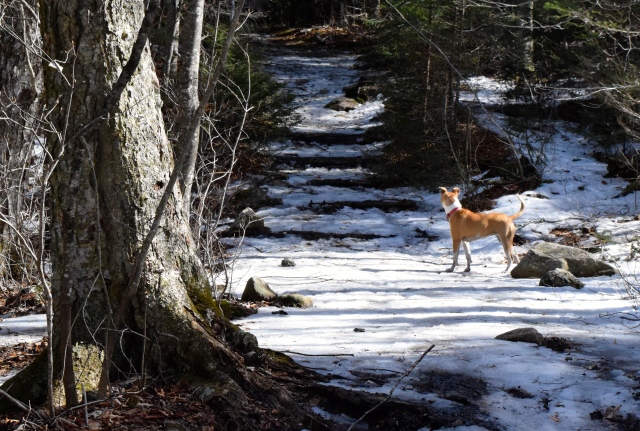 We were not exactly prepared for this development. Let’s put it this way: We all ended up on our butts at some point during this hike, intentionally or not. (Derek won the prize for best fall after he slowly slipped into a casual, “paint me like one of your French girls” pose across the trail. It was seriously the smoothest fall I’ve ever seen, and I’m still upset that I was laughing too hard to capture it on camera.)

Anyway, we—slowly but surely—clambered our way up the trail, hanging onto tree branches and scrambling through underbrush. Meanwhile, a few groups of “well-prepared” hikers wearing crampons waved as they easily strode past us. But….if there’s no peril in the fight, there’s no glory in the triumph, right?

And oh, THE GLORY. 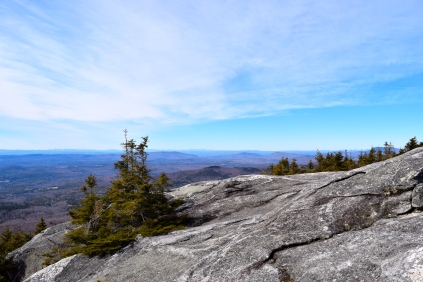 When we finally made it above the tree line, the reward was so, so worth it.

Usually, when people talk about 360-degree views, they really mean like, 180-degree views at most. Not this time. The hike ended at a huge bald, complete with a crazy-looking lookout tower, insane winds, and full 360-degree views of the White Mountains. 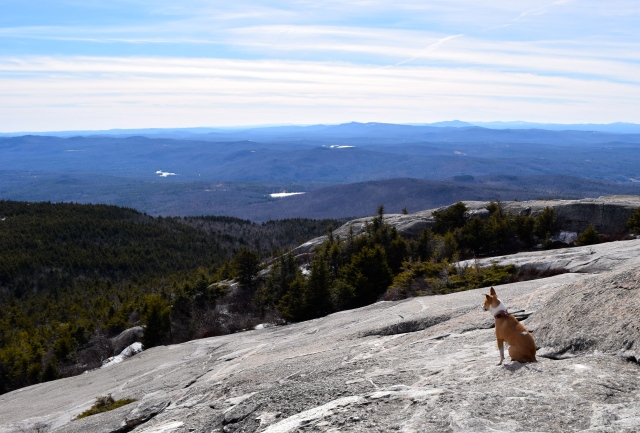 Of course, we then still had to make it back down. Which we obviously did…eventually. As it turns out, walking on sheets of ice isn’t much easier going downhill than it is going uphill. The whole thing took us about five hours for a three-mile round trip hike. (I still don’t really believe that it was only three miles, but that’s what the so-called “maps” say.)

At one point, while climbing through some trees on the edge of the trail to avoid a bad patch of ice, Chris failed to see a pointy branch that stabbed him right in the face, giving him a nice scratch about a quarter inch below his right eye. There’s nothing like coming this close to a major injury to remind you that you’re on your own in the middle of the woods! Later we all nervously laughed about how fun it would have been if he actually had stabbed his eye out, and then we’d have somehow had to maneuver a half-blind, bleeding Chris down a mile of icy trail.

But man, was it pretty. 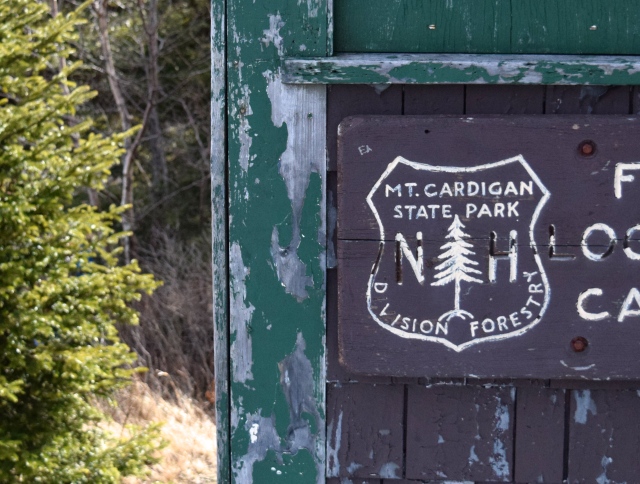 In the end, we made it back no worse for the wear, aside from a few bruised tailbones and a little wind burn. So if you’re ever in the area, I highly recommend this hike—just maybe bring some crampons with you if you’re going in March. Or hey, maybe not. As we all know, challenging hikes are the most fun anyway.

At any rate, I GUARANTEE you that no one has ever had more fun on that trail than this girl:

Thanks to Erica & Derek (and Emmy) for braving the ice and joining us on this adventure!